Community of Practice partner GenZ Employment removing barriers for Gold Coast youth so they can follow their career with passion.

Having a dream and goal was no problem for 19-year-old Cassidy Hart but finding out how to get there was. With the help of a new employment agency specialising in young jobseekers, Cassidy is now on the right track.

The Reedy Creek woman knew when she was in high school she wanted to become a diesel mechanic but after finishing school halfway through Year 11, the road to her dream seemed blocked.

“I didn’t know who to talk to, where to go or even which course I needed to do,” she said.

Cassidy is like many teens on the Gold Coast, working part-time jobs while they struggle to get their careers afloat. The region has an unemployment rate for people under 25 of 12 per cent but` a significant number are also under-employed, only getting a few hours a week. The teenager had been picking up hospitality work until she realised she needed to focus on a career.

Earlier this year, Cassidy found the first place that had been able to give her guidance in getting closer to her dream job was with Gen Z Employment. The new employment agency focuses solely on finding work for those under 25, particularly those who have not finished Year 10.

Manager Carmen Aurer said young unemployed people often needed specialised help when looking for a job, especially those who had low literacy at school or were looking at ways to start a career. Since joining GenZ a few months ago Cassidy has already had work experience with a large mechanics, starts a TAFE course in two weeks and has started applying for apprenticeships. 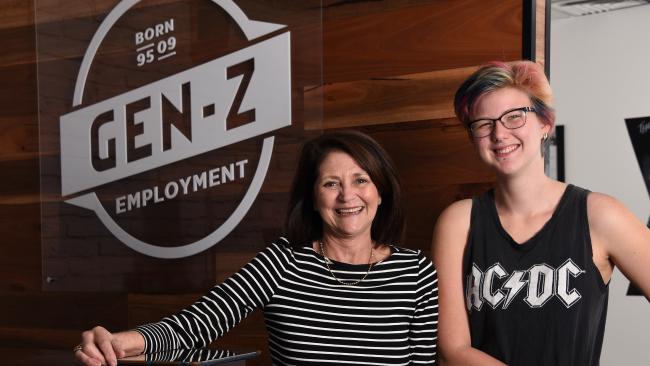