What the Community of Practice fights for: A look inside a new report on youth unemployment

The Community of Practice is here to transition youth into sustainable employment, and a new report 'Generation Stalled' shows us exactly why we need to fight this fight.

Young Australians are under pressure as they grapple with the dual threat of rising underemployment as well as stubbornly high unemployment, a report released today finds. Australia's youth underemployment rate, where people have some work but want more hours, has surged to 18 per cent- the highest it's been in 40 years. That rate is even higher than the youth unemployment rate for 15-24 year-olds in the labour force of 13.5 per cent, which has been persistently high since the 2008 global financial crisis. Today, almost a third of Australia's youth labour force are unemployed or underemployed, according to the new data analysis by the national welfare group the Brotherhood of Laurence as part of its youth employment campaign. In total, more than 650,000 young people were unemployed or underemployed in February 2017, according to the "Generation stalled: young, underemployed and living precariously in Australia" report.

'Barnesy' joins campaign for youth jobs: 'Take it from a working class man - we all do deserve some hope we can achieve our dreams'

The findings come as singer-songwriter Jimmy Barnes lent his voice to the Brotherhood of St Laurence's campaign for youth employment. Barnes, who grew up in Adelaide's manufacturing heartland of Elizabeth, has contributed a column for the welfare group's Youth Unemployment Monitor newsletter, out today.

"From parents to governments, we owe it to the next generation to do better on this, don't we?" Barnes writes.

Barnes remembers that he didn't look very hard for his first full-time job in 1973, aged just 16, but still obtained an apprenticeship as a moulder at the South Australian Railways. "That job I did is now long gone, and if it exists anywhere is being done somewhere offshore," he writes.

"The world of work has become that much more complicated. Yet too often we keep blaming the victims of these huge economic changes rather than addressing the challenge of helping people into working life." The "Generation stalled" report, drawing on data from the Australian Bureau of Statistics (ABS) and the Household, Income and Labour Dynamics in Australia (HILDA) Survey, confirms several trends, including:

The head of the Brotherhood of St Laurence, Tony Nicholson, said these were alarming developments.

"The record level of underemployment and stubbornly high unemployment particularly hurts the 60 per cent of young people who don't go to university and lack the qualifications and skills to navigate the fast-changing modern economy. Stable work is the passport for our young people to build a good life for themselves," said Mr Nicholson. "Young people starting out today face a much harsher job scenario than their parents and grandparents did." 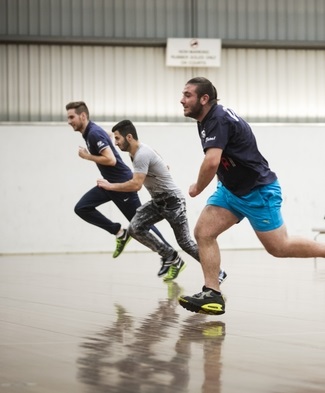