South East Water (SEW) is one of the largest and newest employers in the Frankston area of south-east Melbourne. The Brotherhood of St Laurence (BSL) made initial contact with SEW’s Diversity Coordinator who facilitated a meeting with the SEW’s General Manager Customer. In discussion, several key SEW organisational imperatives emerged with which the BSL could assist, including:

The BSL and SEW workshopped a pilot internship program structure to address these priority areas, with an agreement that the core principles would include:

Once the internship program was co-designed with South East Water, the BSL’s Employment Engagement Officer (EEO) took the lead on preparing interested young people for the interview process. The EEO concurrently worked with the identified SEW workplace mentors, and was able to provide guidance on engaging and working with young people.

During the internship placement, SEW mentors used the company’s professional development and review templates, along with others developed specifically for TtW, to give interns tangible goals to work towards and achieve.

Interns were also supported by the BSL’s Youth Development Coaches, and the EEO had fortnightly meetings with them to check in and get honest and open feedback. This was followed by a meeting with a SEW representative to ensure communication lines were always open, and feedback was being passed on immediately from both parties. 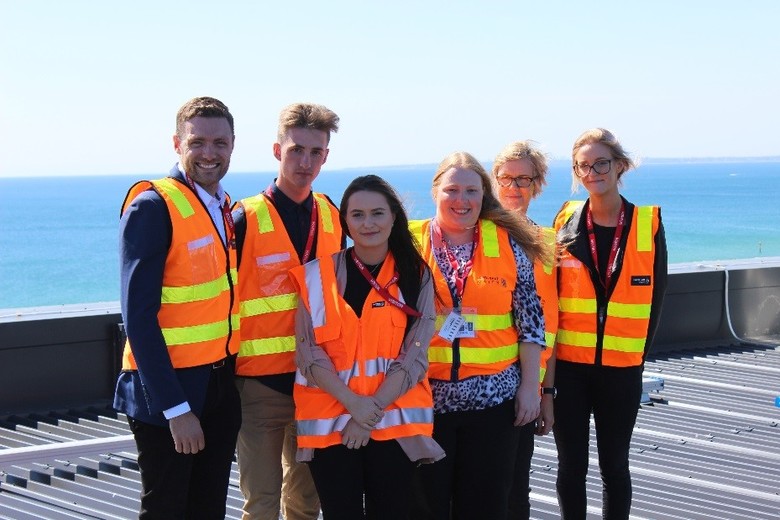